Leverage NextComputing's unique hardware with stellar processing performance from AMD to create your perfect powerhouse solution; in the server room, at your desk, or on the go.

Ready to Get Started?

A NextComputing Sales Engineer can review your requirements to determine the exact right system and configuration for your needs. Or, if you already know the system you want, you can contact us to place your order or browse pre-configured systems in our store.

Speak to a
Sales Engineer

Welcome to the new era of performance. AMD Ryzen 7000 Series ushers in the speed of “Zen 4” for creators with pure power to tackle any workflow on the digital playground. The world’s most advanced PC processor for creators extends AMD performance leadership to power your PC.

Keep your computing ahead of the curve with the high-speed performance of AMD Ryzen™ 5000 Series processors.

THE RIGHT TOOL FOR THE RIGHT JOB

When you have the world’s most advanced processor for designers and content creators, the possibilities are endless. Whether you are designing the next skyscraper, or animating a complex character, you need a powerful processor that can handle your workflow's full spectrum of computing demands.

AMD Ryzen™ Threadripper™ PRO 5000 WX-Series processors built on battle-tested performance and capability to enable artists, architects, and engineers with the ability to get more done in less time. 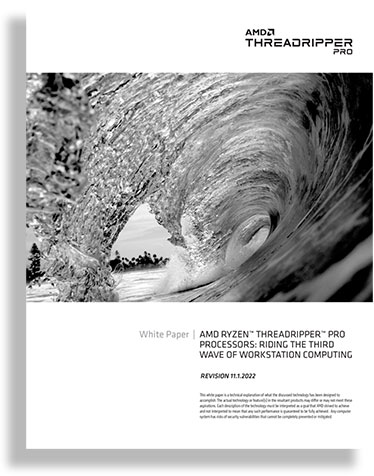 With the introduction of the Ryzen™ Threadripper™ PRO processors, AMD is leveraging three key technologies:

The result is a third wave of workstation processor that builds on and improves what came before it.

NextComputing workstations featuring the Ryzen Threadripper PRO processor family can make the ultimate argument for an all-in-one workstation: many CPU cores capable of running at high sustained base frequencies. This in turn opens up the opportunity to not only speed today’s typical professional workflows in CAD, DME, oil/gas, it can enable the jump to a range of high-demand, heavily-threaded emerging uses, like 8K video production, next-generation intelligent manufacturing (i.e. Industry 4.0), machine learning, and data science.

Those new to the AMD EPYC processor platform will appreciate the strong ecosystem of security features AMD has built from the ground up.

Built on “Zen 4” architecture and supported by a broad ecosystem of solutions, 4th Gen AMD EPYC™ processors are optimized for general-purpose workloads on-premises, in the cloud, or in hybrid environments.

4th Gen EPYC™ CPUs are built with the innovations and technology to be the industry leader in:

Supercharge your data center with the performance and productivity gains that come with the AMD EPYC™ 7003 Series—the world’s fastest x86 server processors.

The impressive efficiency of AMD EPYC™ processors makes them the right choice for the Media and Entertainment Industry due to the optimal data center design and low TCO.

A platform you can rely on—built for solutions, not just specs
Right-sizing media and entertainment workloads by matching processors to specific workflows can help optimize performance, cost and efficiency. AMD EPYC processors offer core count supremacy, leadership I/O per socket and broad memory bandwidth – which means acceleration of the most important tasks: media streaming, rendering, and transcoding for faster results.

Designed for performance that redefines your potential
Impressive per-core performance, compute density and fast memory caches are hallmarks of the leadership performance of AMD EPYC processors.

The HPC capabilities of AMD EPYC™ processors, including those with AMD 3D V-Cache™ technology provide manufacturing firms with 3D modeling, rendering and simulation capabilities that speed development of products that are complex, large or impossible to test efficiently under real-world conditions. AMD EPYC™ processors are also extremely attractive for advanced virtualization in the data center due to the reinvention of the industry and price pressures. 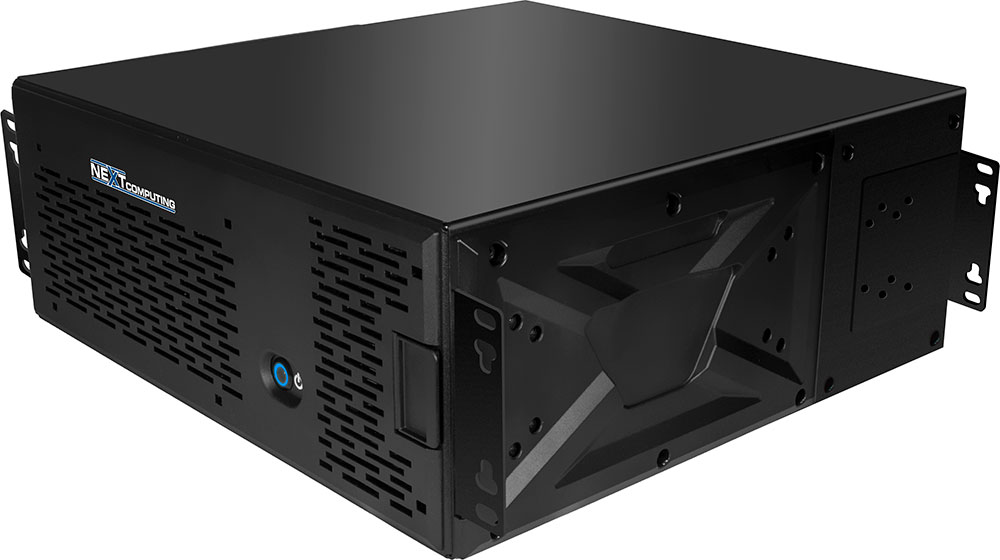 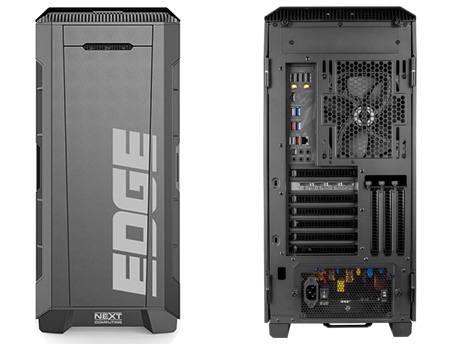 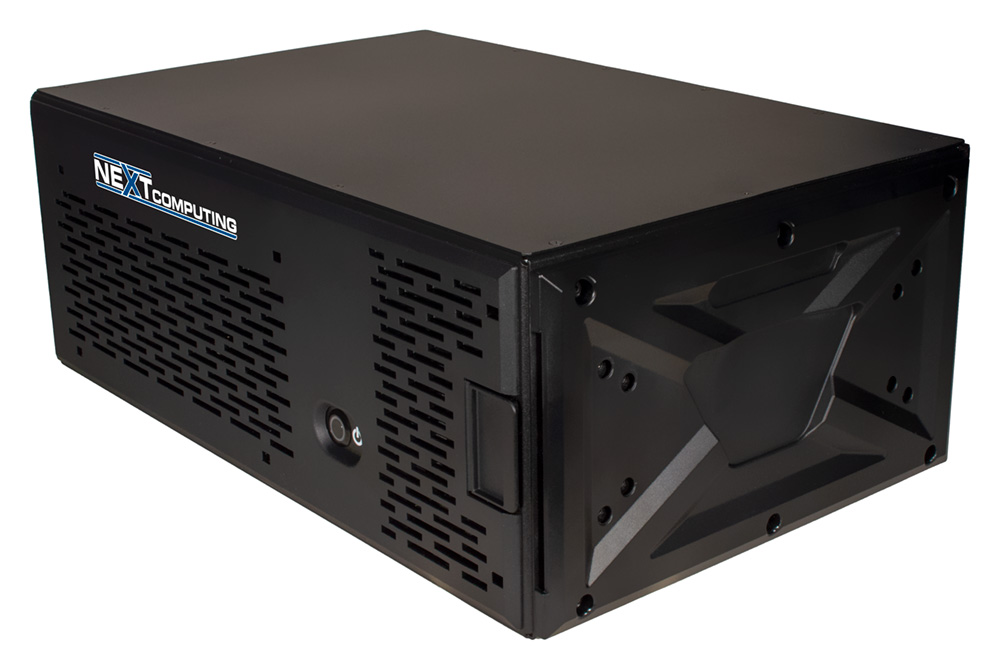 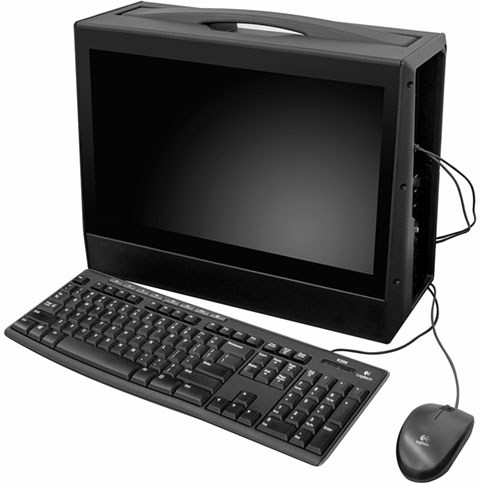 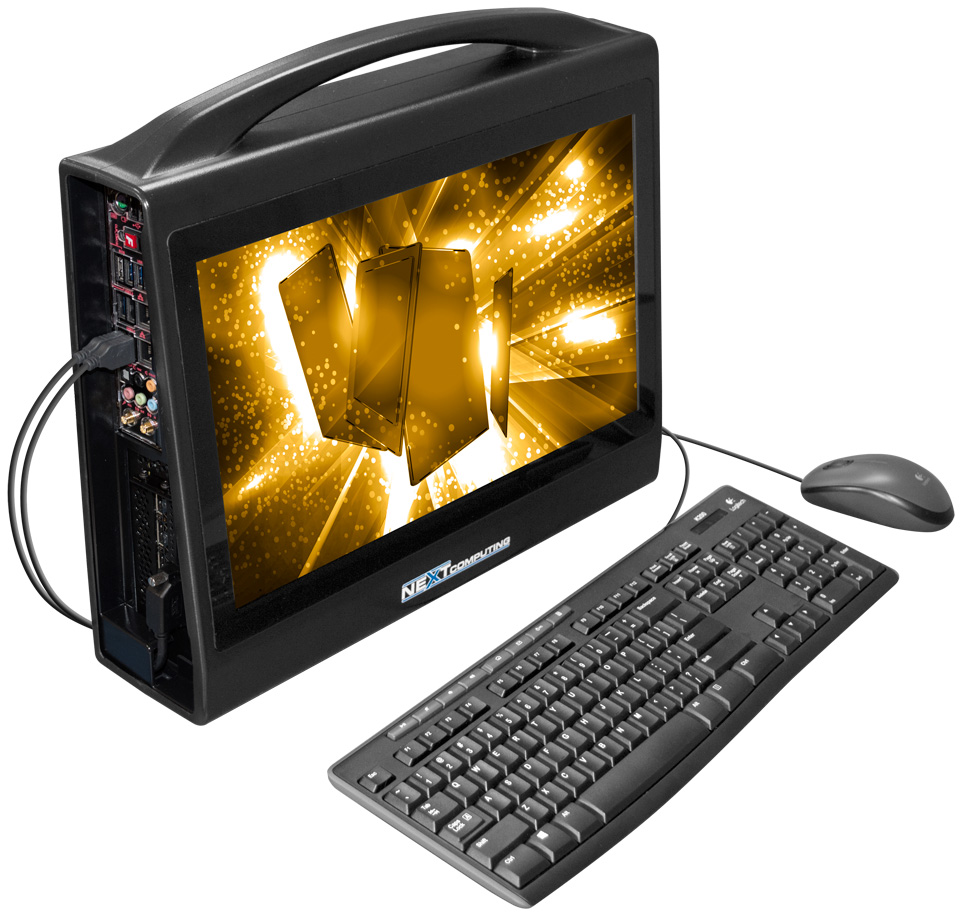 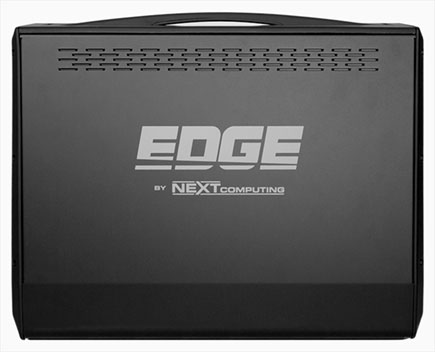 Today, artificial intelligence (AI) is mainly used as a generic term for all forms of compute-based intelligence. It can loosely apply to any system that imitates human learning and decision-making processes in responding to input, analyzing data, recognizing patterns, or developing strategies. The phrases machine learning (ML) and deep learning (DL) better describe the reality of present-day intelligent computing systems and the problems they can solve for developers and end users.
More About Machine Learning

AMD-Based Systems in Our Online Store

NextComputing can work with you to build the perfect custom solution to meet your needs. We also offer a number of pre-configured systems in our online store to suit a variety of applications. If you have a specific idea of the type of system you want, browse or selection of AMD-based systems available now.
View cart “Edge XTaEXTADL-7702PDR8Data Science Deep Learning Workstation” has been added to your cart.

NextComputing systems are available together with ASUS ProArt™ professional displays for content creators. Now you can bundle your perfect combination of custom-built high-performance graphics workstation and feature-rich monitor designed for your creative workflow.

The goal of the ASUS ProArt display series is to offer the most advanced technologies to power the imaginations of creators everywhere. With features such as mini-LED backlights, OLED displays, and ASUS Smart HDR technology, ProArt monitors are the solution for creating masterpieces. 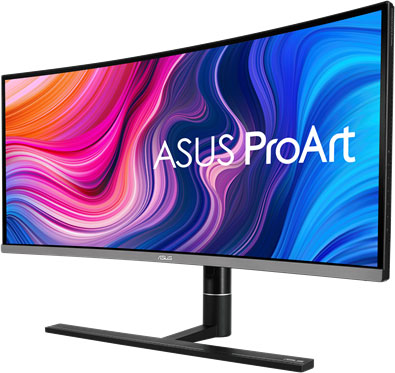 NextComputing offers services for solution success and fast time to market or deployment. Outsource tasks and let NextComputing handle processes that are not core to your business so you can focus on what you do best.

See our Services section for a complete look at how we can build, brand, validate, and maintain the perfect appliance for you or your customers. 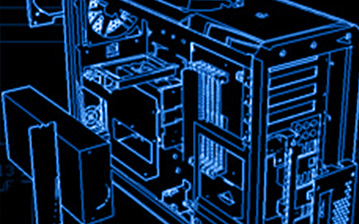 NextComputing and the 3rd Wave of AMD Workstation Computing (1/30/2023) - With the introduction of the Ryzen™ Threadripper™ PRO processors, AMD is leveraging three key technologies: The result is a third wave of workstation processor that builds on and improves what came before it. NextComputing workstations featuring the Ryzen Threadripper PRO processor family can make the ultimate argument for an all-in-one workstation: many CPU cores capable of running at high sustained ... END_OF_DOCUMENT_TOKEN_TO_BE_REPLACED
Now Featuring AMD EPYC 9004 Series Processors (11/18/2022) - Drive exceptional time-to-results and outstanding business outcomes with AMD EPYC™ 9004 Series server processors This new generation of AMD EPYC™ processors features the world’s highest-performing x86 processor and enables low TCO across a wide range of workloads and industries. It also delivers leadership energy efficiency to help you save on power and address corporate sustainability goals, as well as innovative ... END_OF_DOCUMENT_TOKEN_TO_BE_REPLACED
AMD’s Ryzen 7950X is up to 57% faster than the 5950X, 62% faster than Intel i9-12900K (8/31/2022) - AMD today is launching its much anticipated Ryzen 7000 series of desktop processors based on the Zen 4 architecture. The new line-up has four SKUs in total for now at least, namely, the 16 core 32 thread (16/32T) Ryzen 9 7950X, the 12C/24T Ryzen 9 7900X, the 8C/16T Ryzen 7 7700X and the 6C/12T Ryzen 5 7600X. They will be available on ... END_OF_DOCUMENT_TOKEN_TO_BE_REPLACED
Now Available with AMD Ryzen™ Threadripper™ PRO 5000-WX Series Processors (7/1/2022) - Let AMD’s newest processors be the productivity boosting engine at the heart of your next professional workstation NextComputing is proud to offer one-of-a-kind, high-performance servers and workstations featuring the brand new AMD Ryzen™ Threadripper™ PRO 5000-WX series processors. AMD Ryzen™ Threadripper™ PRO 5000 WX-Series processors are built on battle-tested performance and capability to enable artists, architects, and engineers to get ... END_OF_DOCUMENT_TOKEN_TO_BE_REPLACED
Now Available with 3rd Gen AMD EPYC Processors (5/26/2021) - Delivering on their promise to continuously drive innovation to help solve the world’s biggest challenges, AMD introduces the new 3rd Gen AMD EPYC™ server processors. AMD EPYC™ 7003 Series helps elevate your business productivity by enabling faster application performance. NextComputing is proud to offer one-of-a-kind, high-performance servers and workstationsfeaturing the latest AMD EPYC processors. Workload performanceTurn raw data into actionable ... END_OF_DOCUMENT_TOKEN_TO_BE_REPLACED